Peter Gibbons of Medical Web Designs together with 8 other cyclists raised £4,500 for the Bristol Urolgical instsitute by cycling 200 miles from Bristol to Newquay. 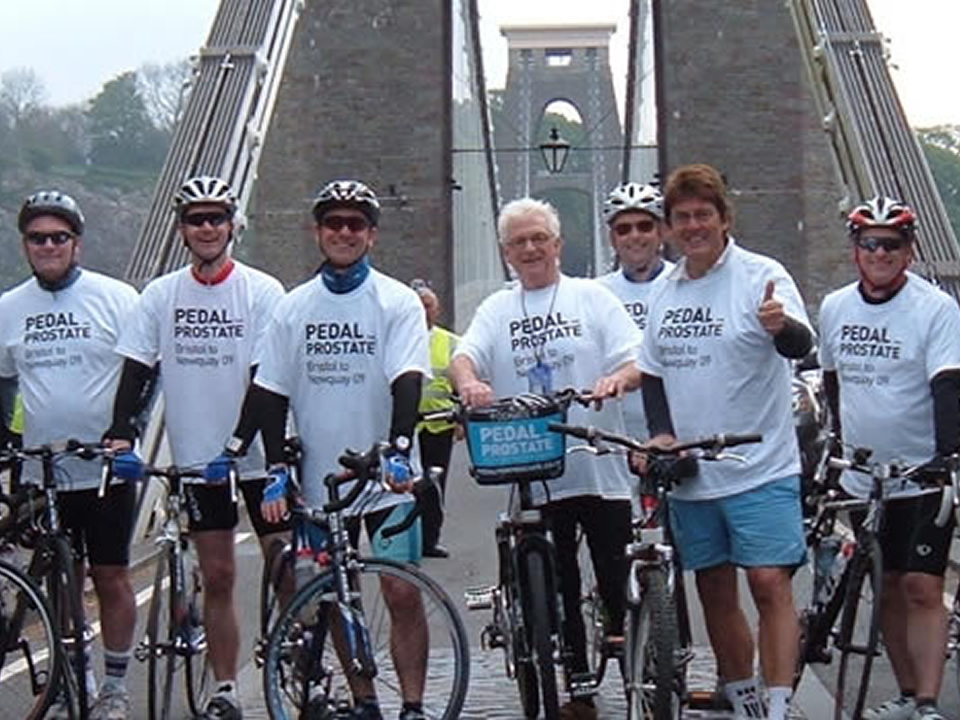 Pedal for Prostate - A bike ride from Bristol to Newquay was the brainchild of Greg Miner and Steve Storey. When they invited Tony Miles (aka Smiley Miley) to join in, he nominated the BUI Prostate Cancer Care & Research Appeal as the chosen charity. Smiley was diagnosed with the disease 5 years ago, four years after his brother, celebrity agent John, battled against prostate cancer.

Tony says "Not only do we want to raise money for research, we also want to raise awareness about prostate cancer. Recent research has shown that if men were screened annually from the age of 50, the number of deaths could be reduced by half."

"After John was diagnosed I was regularly being checked and initially my PSA (prostate specific antigen) readings were low, but all of a sudden became high and I had a biopsy which proved positive."

Tony's prostate cancer is now clear, but he believes he might not have been alive if it wasn't for the early warning.

It is a sad fact that as many as 35,000 men are diagnosed every year in this country with prostate cancer and over 10,000 die from the disease, equal to the number of deaths in women from breast cancer. There is a diagnostic test (PSA) available to screen for prostate cancer but currently only 8% of men request this potentially life-saving test.

The Prostate Cancer Care and Research Centre at the BUI concentrates on high quality research into prostate cancer and other urological cancers and provides treatment, support and information to patients and their families.

To learn more about BUI go to www.bui.ac.uk